Montreal bagels are simply the best bagels in the world.  In fact, I don't think those other round rolls with a hole in the middle should even be allowed to call themselves bagels.  I've heard lots of reasons why they are so special- its the wood burning oven, its because they are boiled first, its the chemical composition of the Montreal water, its the old Polish recipe that hasn't changed in over 100 years, or perhaps because they are made with love and tradition.

No matter what the reason, they are legendary.  So legendary in fact that whenever I visit, I bring back a dozen with me in my suitcase.  "Anything to declare?", they ask when I cross the border.  "Just bagels".  This answer never surprises them, instead it seems to elicit a small knowing smile.

While doing research, I found a few more fun tidbits...

Montreal bagels have flown in space, proof that they are really out of this world.  Gregory Chamitoff, who grew up in Montreal, took three bags with him on his 2008 mission to the International Space Station.

I also found an amusing story about the battle of the bagel.  Apparently, some folks in Toronto actually thought they could beat out Montreal on the bagel front and demanded a challenge.  Of course, the Montreal bagel emerged as the overwhelming winner ("best in the galaxy"-there is that out of this world reference again!) and the article makes for a great read.

There are only a few main bagel bakeries around the city, and some aficionados claim they can tell which one the bagel comes from.  Fairmount and St-Viateur bagel are the most famous, but Real Bagel near my parent's house is just fine with me. 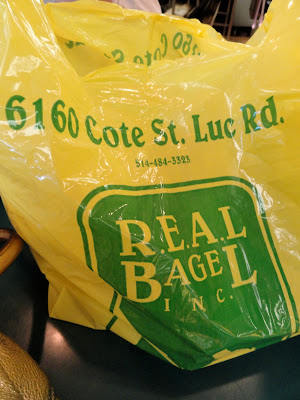 I believe this is part of the secret- A wood burning oven. 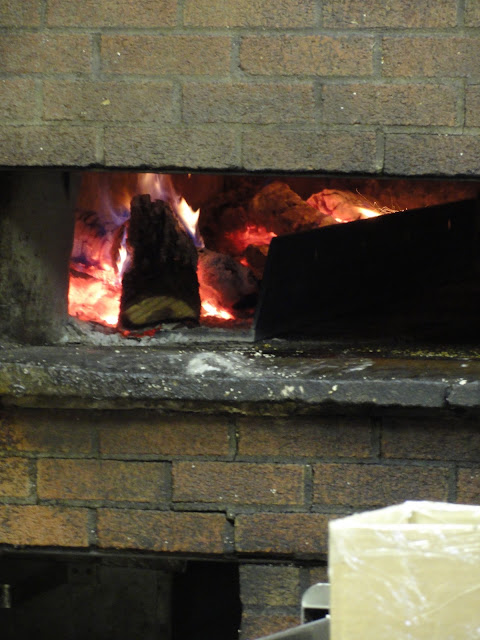 The common question is "white seed or black seed?".  In non-Montreal terms, that means "Sesame seed or poppy seed?" 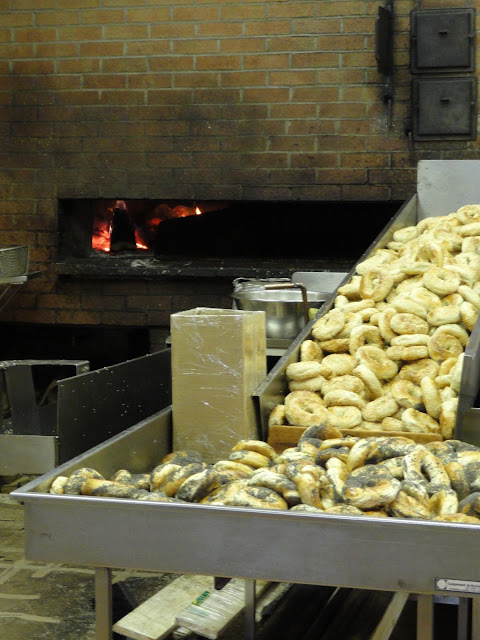 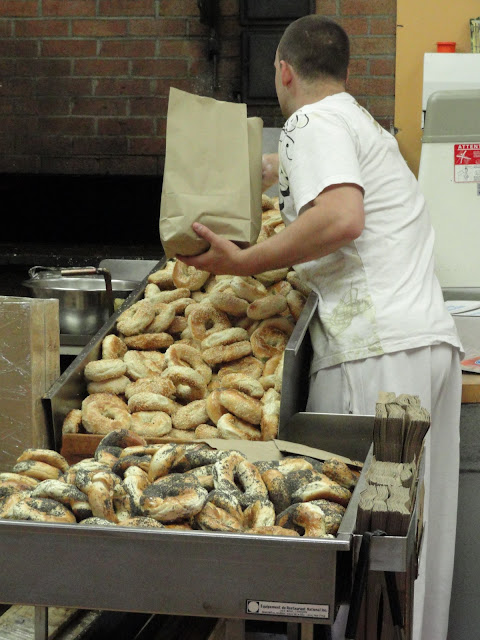 They are best when you get them fresh out of the oven. 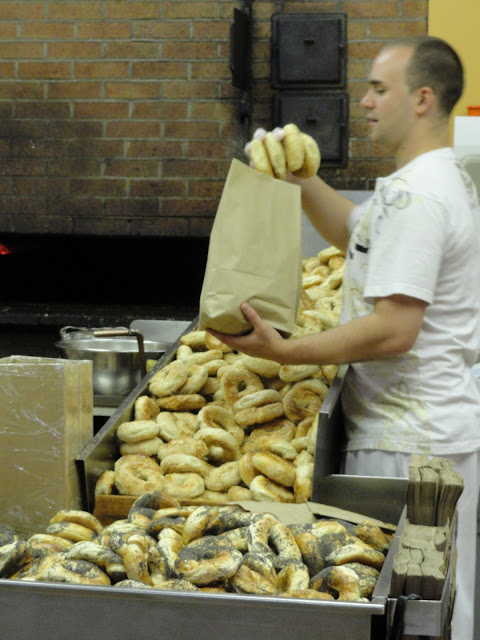 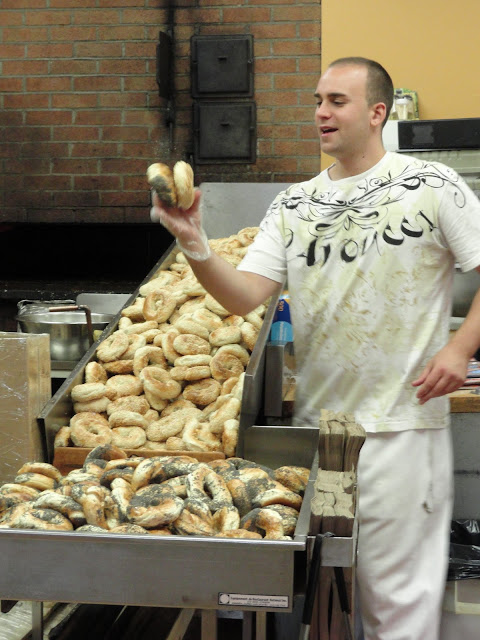 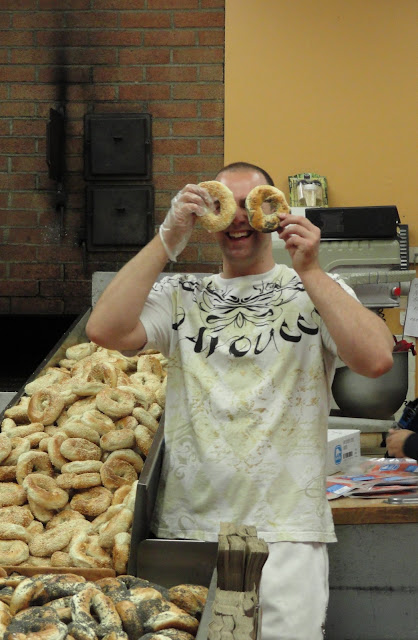 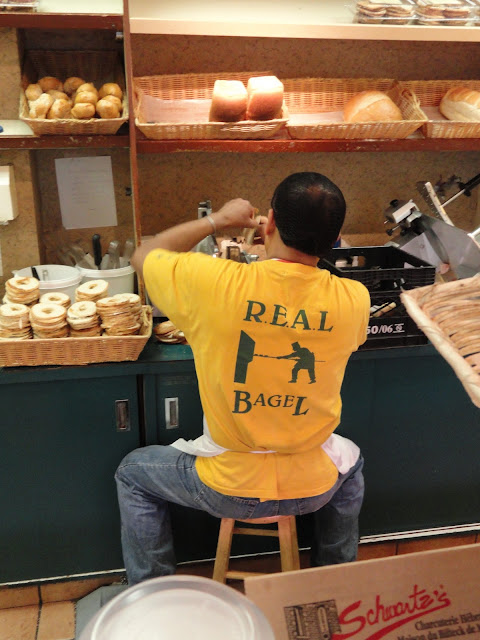 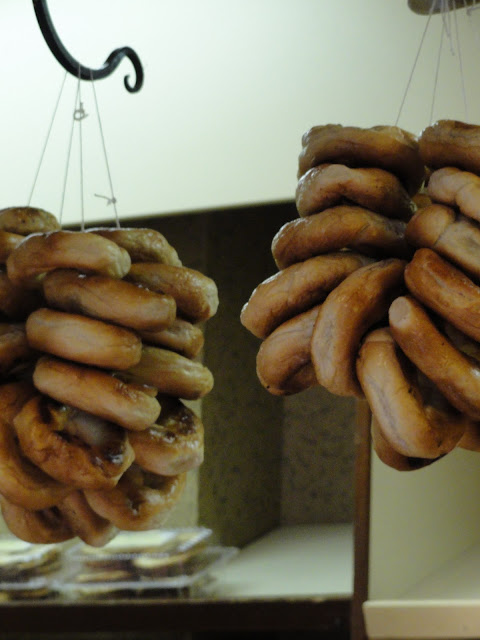 The cheese bagel- not really a bagel, but we let them call it that.  It is a flaky pastry filled with sweetened cheese, kind of like a cheese danish only better.  Much, much better. 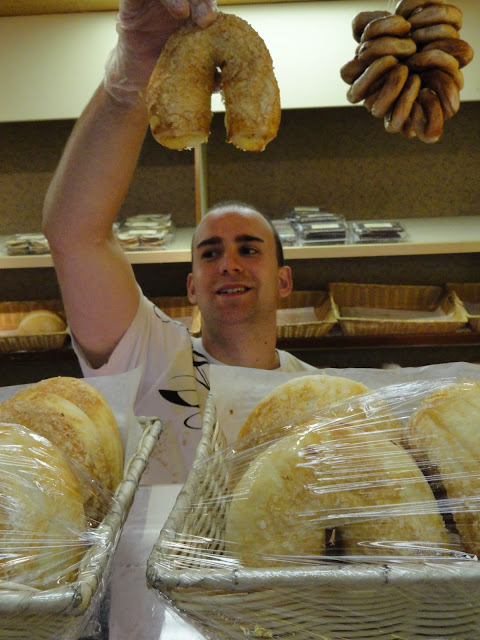 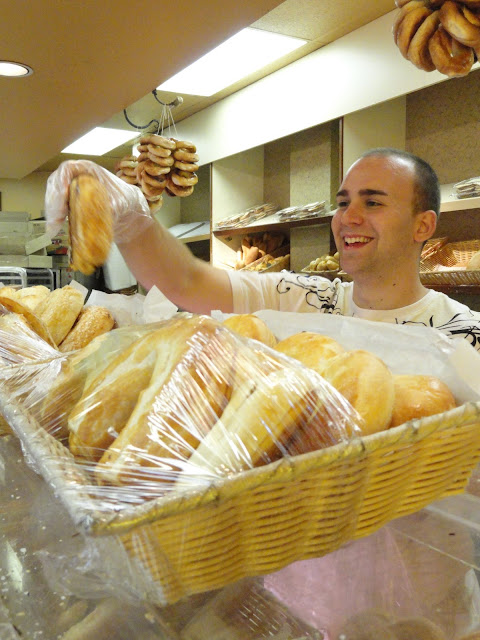 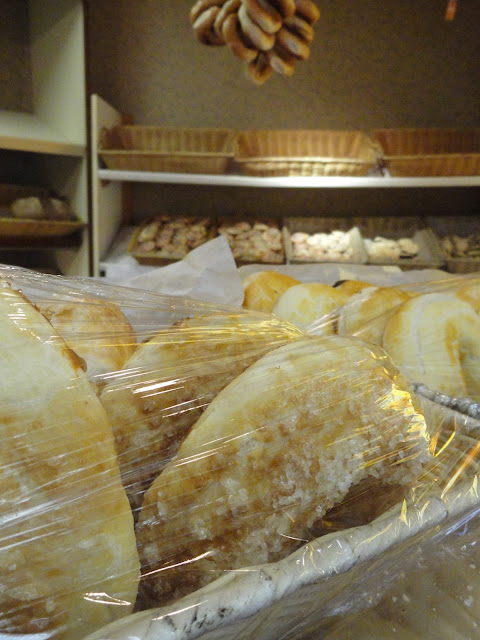 Beyond bagels...
The bakery also supplies spreads, prepared foods, composed salads and assorted snacks from some other famous Montreal eateries. 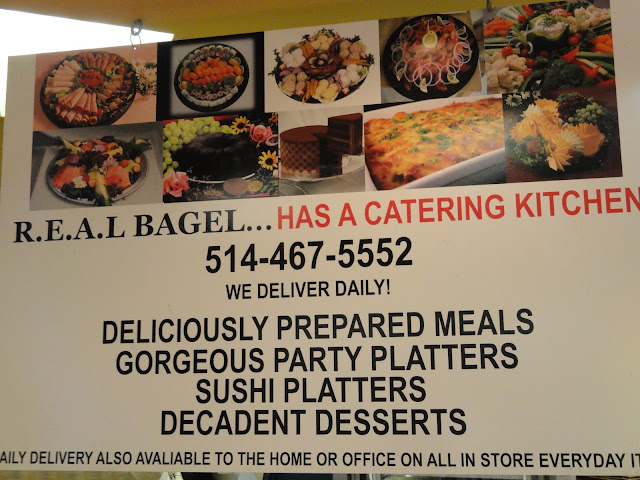 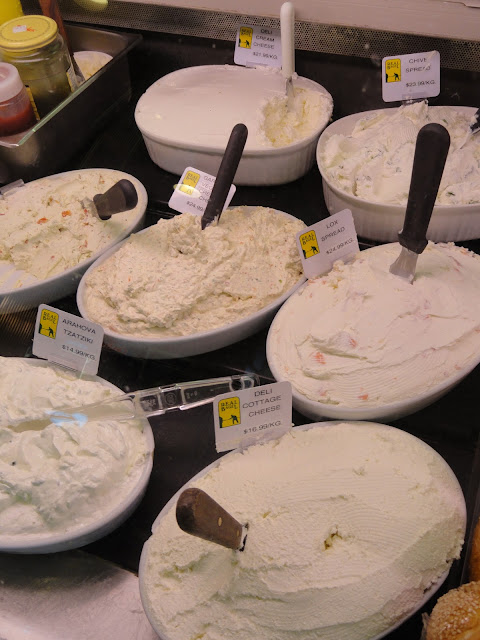 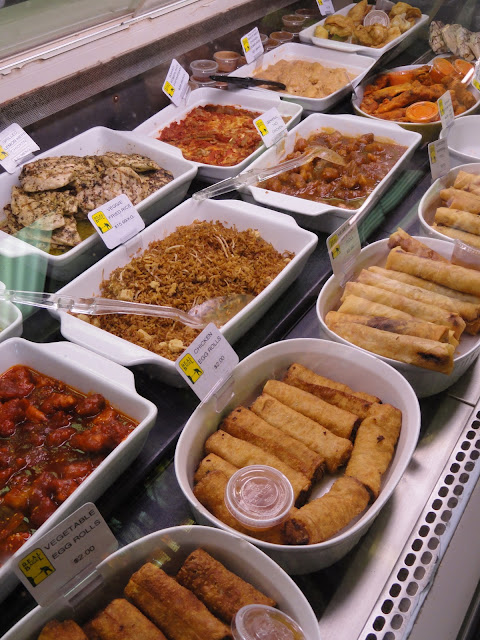 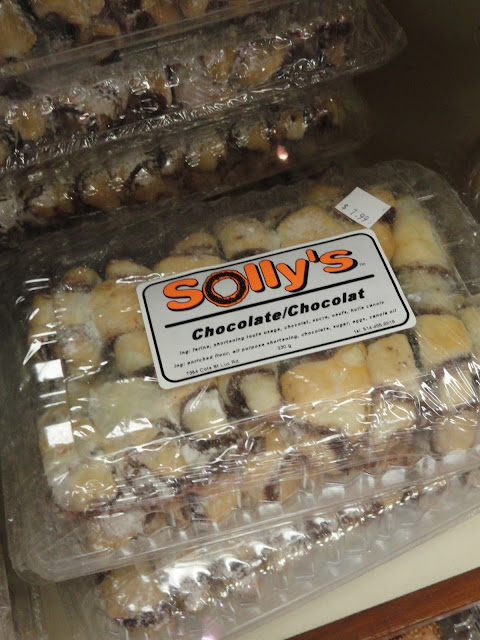 They also carry Moishe's cookies.  Look for an upcoming blog all about Moishe's steak house... 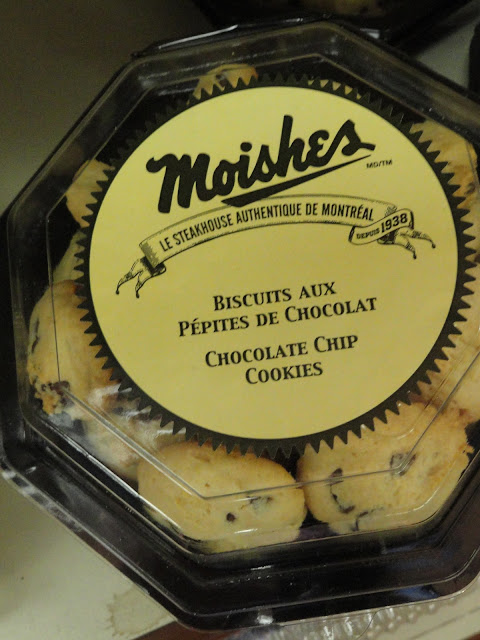 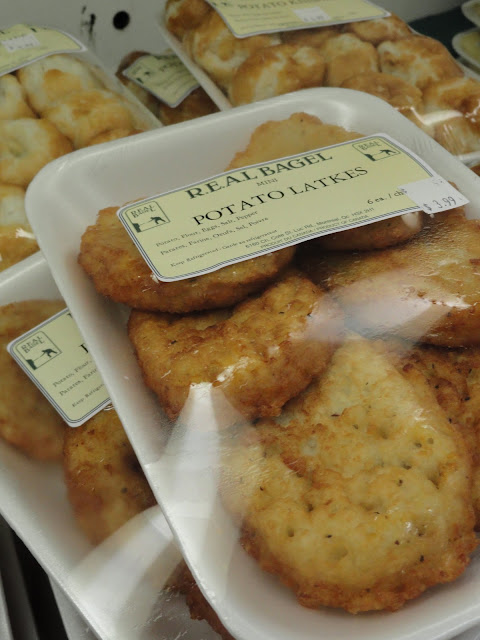 The only rule to enjoying these bagels is to eat them straight out of the bag when they are hot. 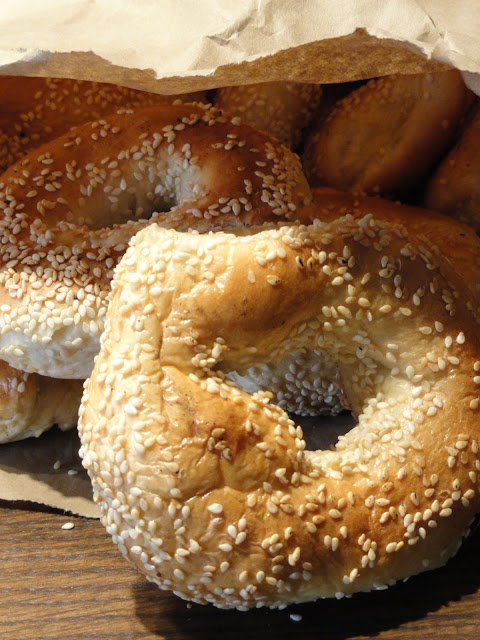 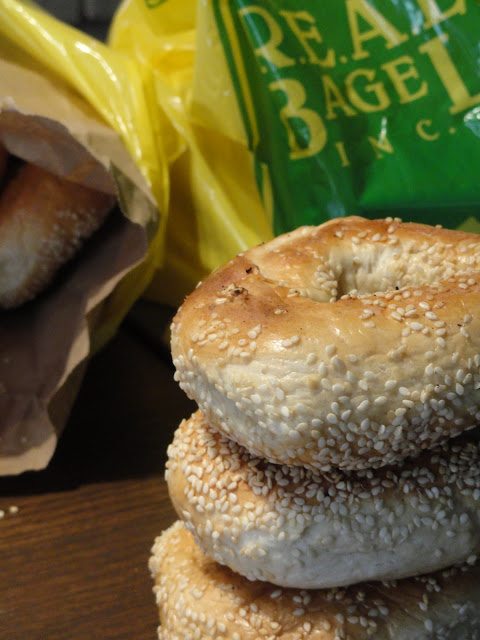 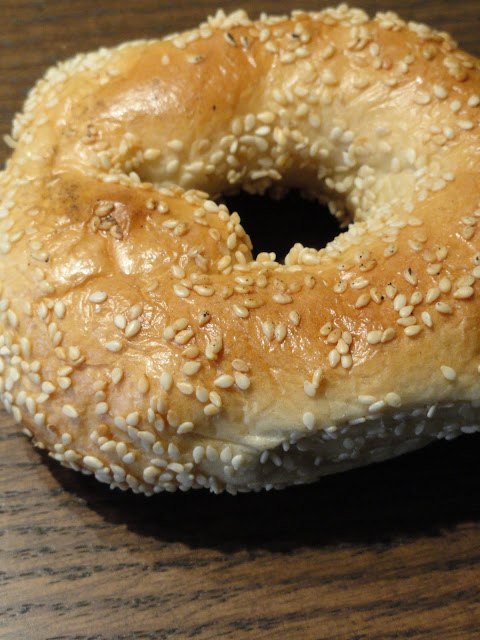 Later, you can toast them and add cream cheese. 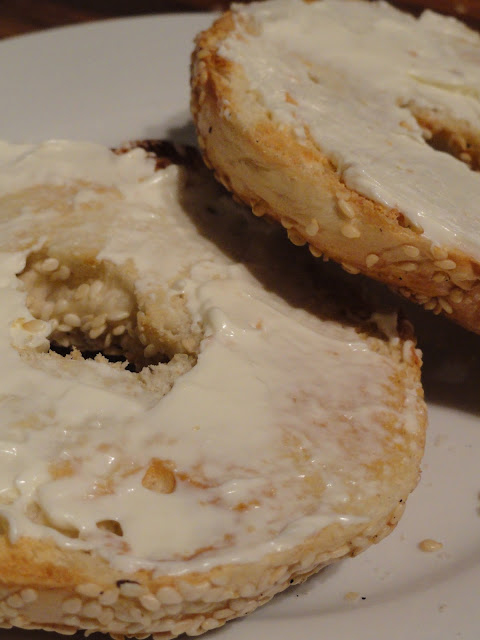 Once you have one, you will be ruined for regular bagels forever.  But its totally worth it!