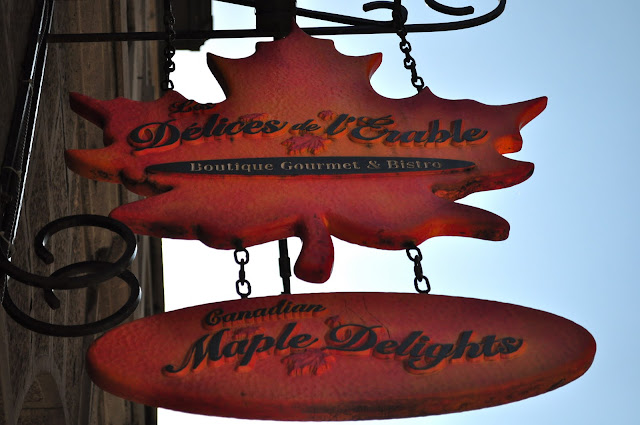 Spring in Quebec means one thing- the maple syrup is flowing.  Well, to be exact, the sap is flowing and through a long technique of boiling and reducing it down, maple syrup is made.  But it isn't just a process that occurs in some plant, it is an event to be celebrated.  It is referred to as sugaring off.  One official definition I found was "an informal social gathering in which the guests help make maple sugar".  Typically, this occurs outside the city, deep in the woods at a maple shack (cabane a sucre in French).  Guests spend the day witnessing the boiling of sap, inhaling sugar fumes, going for sleigh rides, and smothering maple syrup on foods you never thought possible.

And then, there is the maple taffy pull (tire d'erable in French). 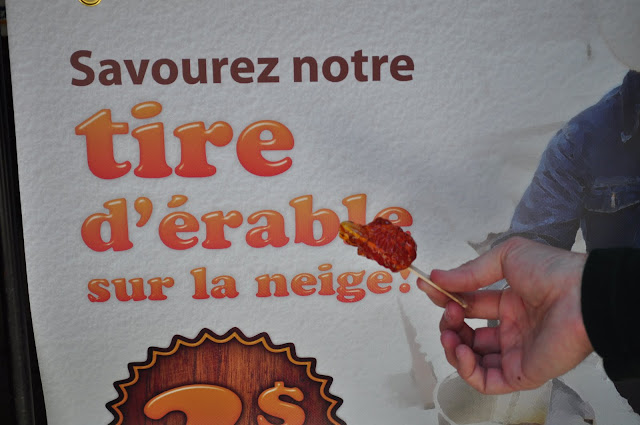 Imagine this.  Maple syrup boiled beyond the usual liquid phase until it is thick like honey.  Poured onto fresh snow,  and then scraped off with popsicle sticks to form your own personal maple lollipop. 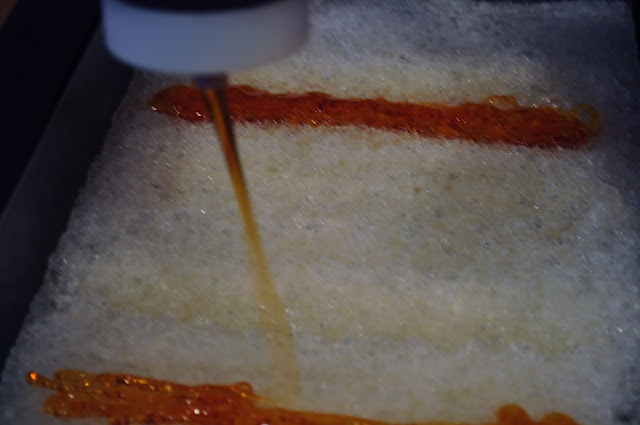 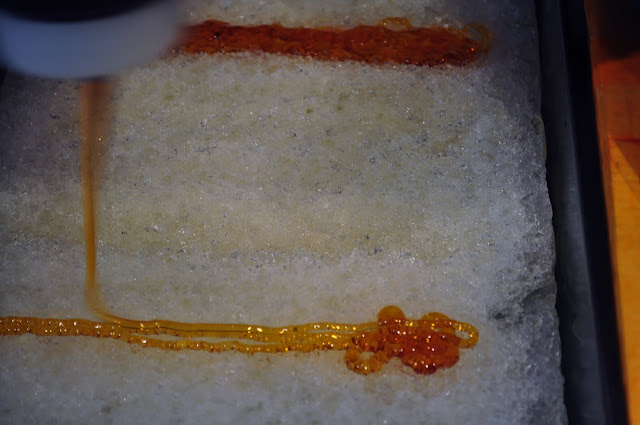 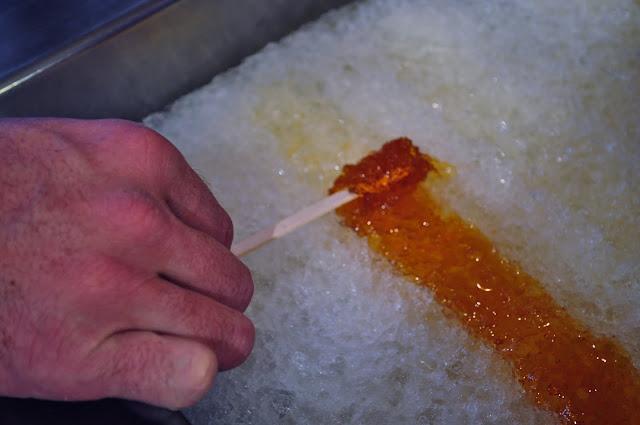 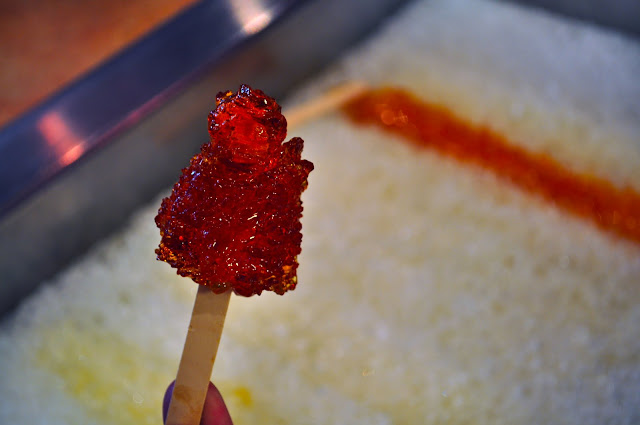 In case you don't get your fill of maple through sugaring off, you can also buy it in ice cream form. 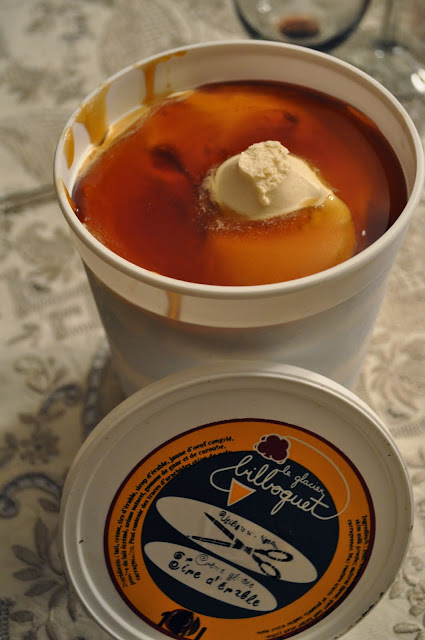 We were walking down a quaint little street in Montreal, and a sign outside an ice cream shop literally stopped me in my tracks.  "Creme glacee a tire d'erable".  I think you can figure out by now that means maple taffy ice cream. 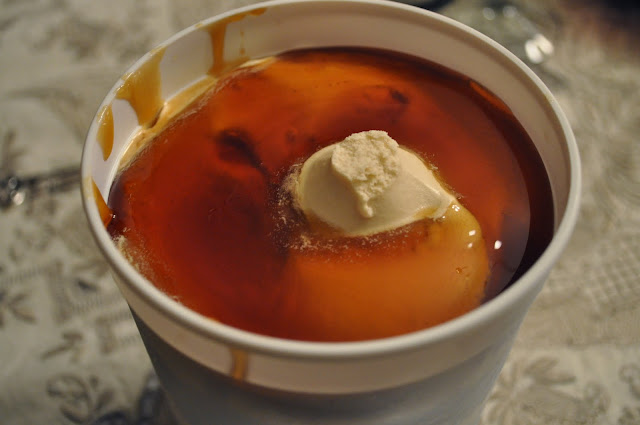 So of course we bought some. 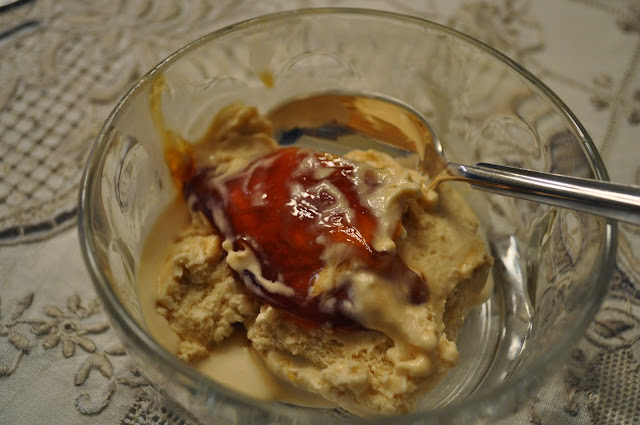 And it was absolutely heavenly. 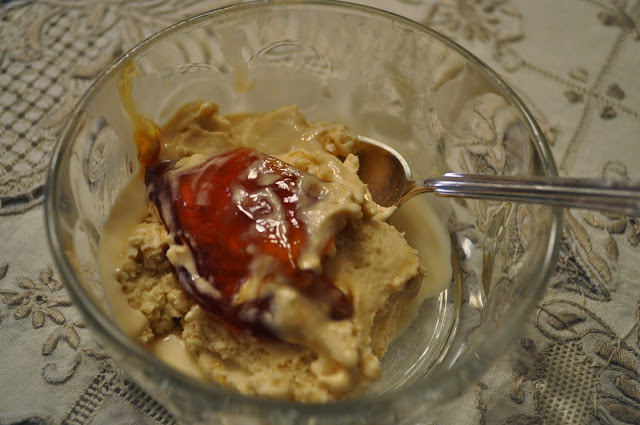 Sad problem?  We only got one bowl before we had to leave, and couldn't bring it home on the plane.  So Mom & Dad, hope you are enjoying my taste of Quebec for me!