Grilling in the Rain

We haven't exactly had nice weather here in Northern California. 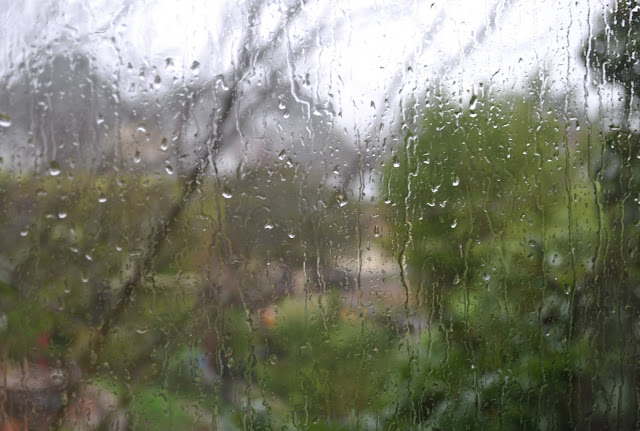 There has been way too much rain for my liking.  Despite the fact that I grew up where rain is perfectly normal in the summer months, I now have very little tolerance for wet weather after May. 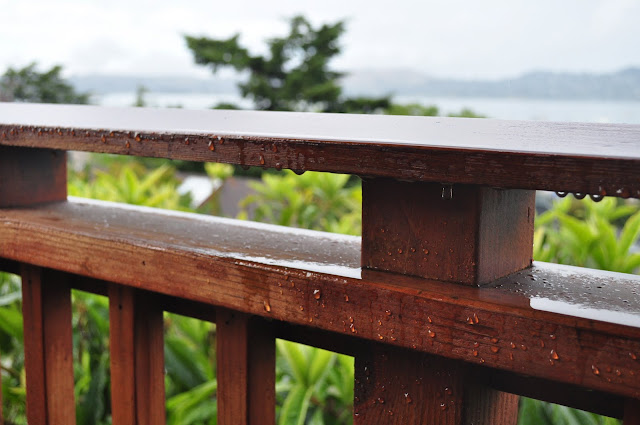 I wasn't going to let it interfere with my desire to BBQ, or grill out as my boyfriend says.  There actually is a difference between bar-b-quing and grilling, but I'd like some poetic license to use them interchangeably. 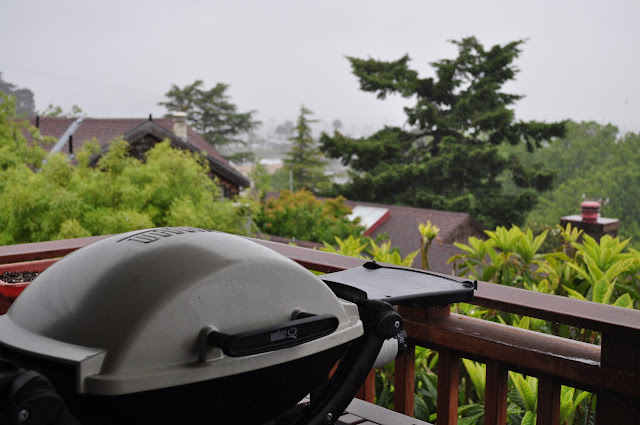 Speaking of the boyfriend, he informed me the other day that he would like a nickname for my blog instead of being referred to as "my boyfriend".   So here goes.

Starting today, the part of my boyfriend will now be played by Captain McBlack.


You are probably wondering where that nickname comes from.  Well, he is half Irish, was an infantry officer in the US Army, has the word "black" in his last name in another language and eats Captain Crunch for breakfast.  The last one is a lucky coincidence.  I really didn't want to call him "snap", "crackle" or "pop".
Anyhow, back to grilling... I bought Captain McBlack this book to kick off our summer grilling and inspire us to try some new recipes. 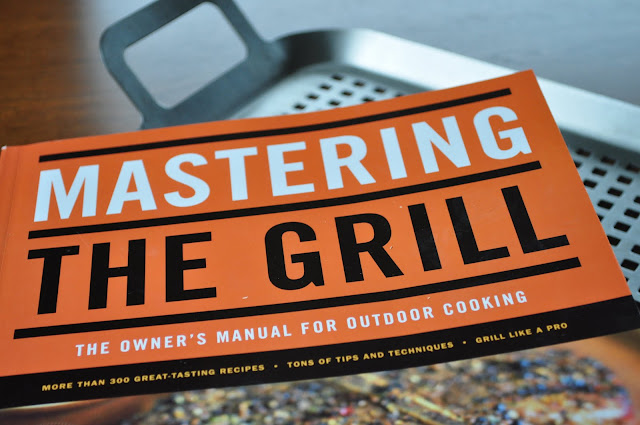 We poured a drink (a delicious new discovery of wild tea flavored vodka and lemonade) and perused the grilling bible.   It was the kind of refreshing cocktail you would want on a hot summer day.
Whenever those arrive. 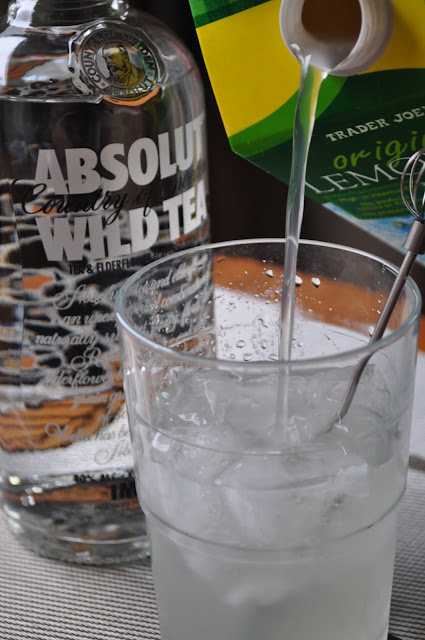 The first fascinating tip we learned was that adding ice cold water to the hamburger meat will increase juiciness.   I don't eat bacon, but the captain added it along with grated cheese to his burger.  I'm pretty sure that just increases yumminess. 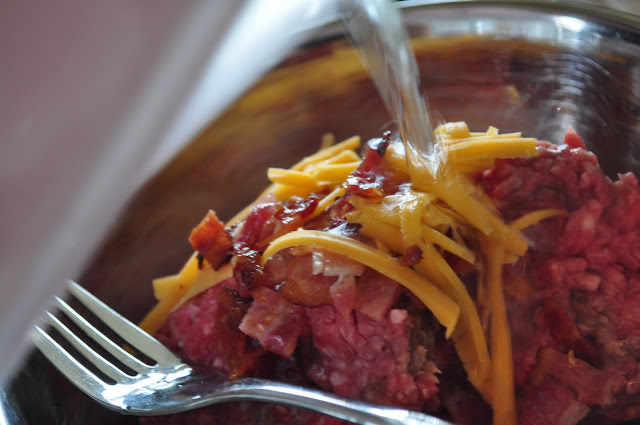 However,  I do eat turkey bacon.  I've never tried it wrapped around hot dogs, but it sounded like a perfectly good idea. 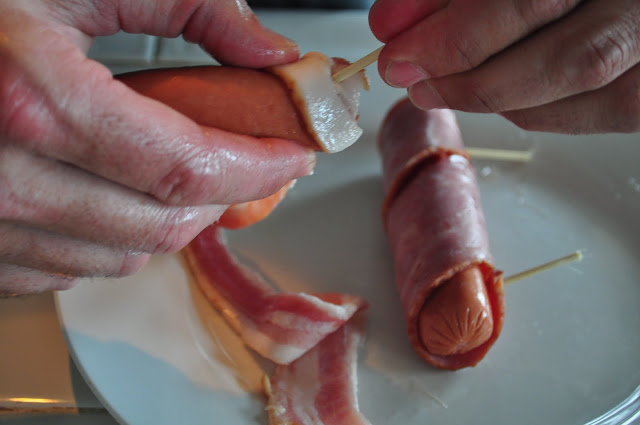 One with regular bacon, one with turkey bacon.  I sense that we will be needing a larger fridge for our diverse tastes. 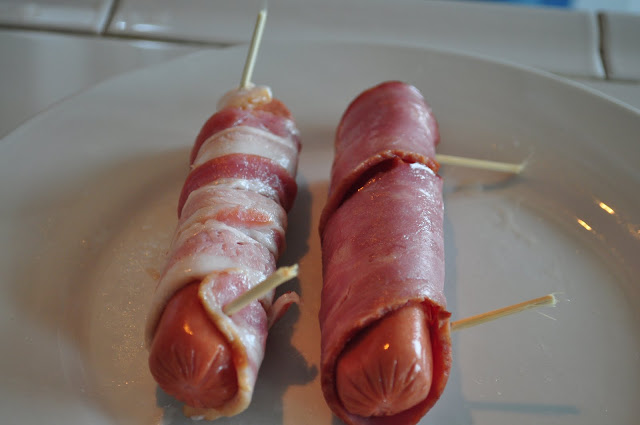 Since I love brussel sprouts, I decided to try grilling them.  Why not?  I've cooked them every other way. 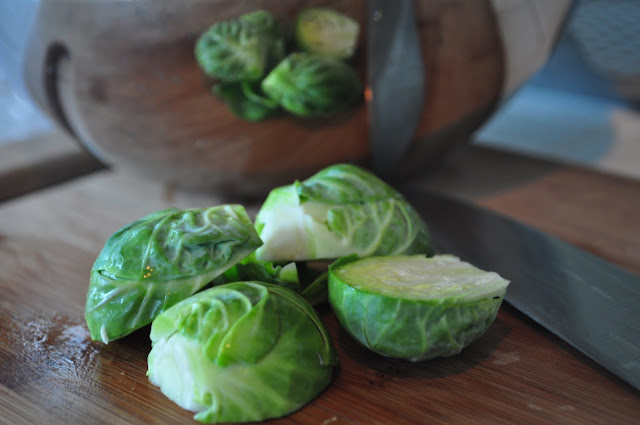 Olive oil, balsamic vinegar, salt and pepper was all I added for seasoning. 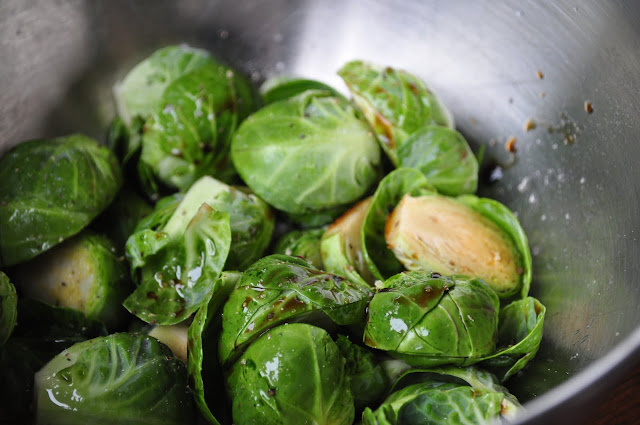 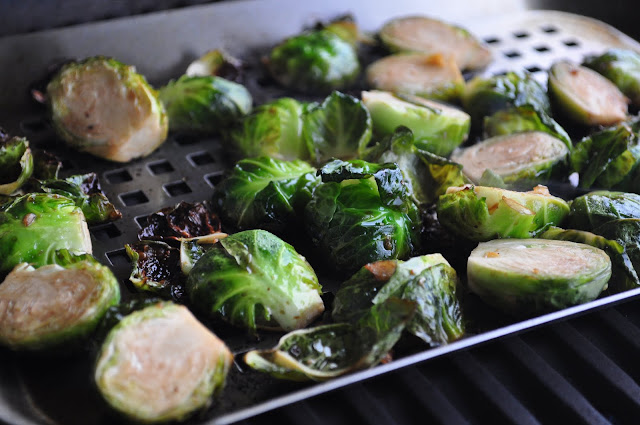 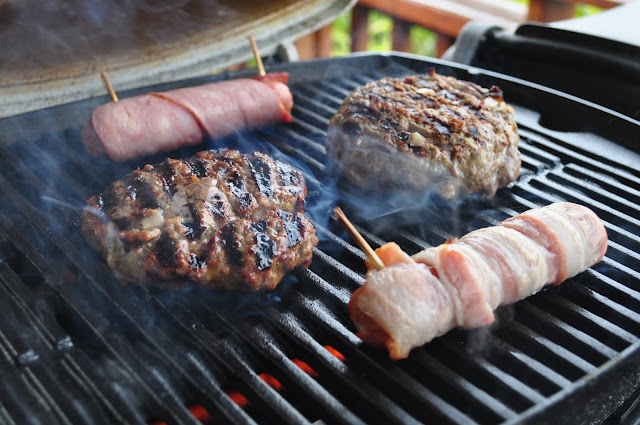 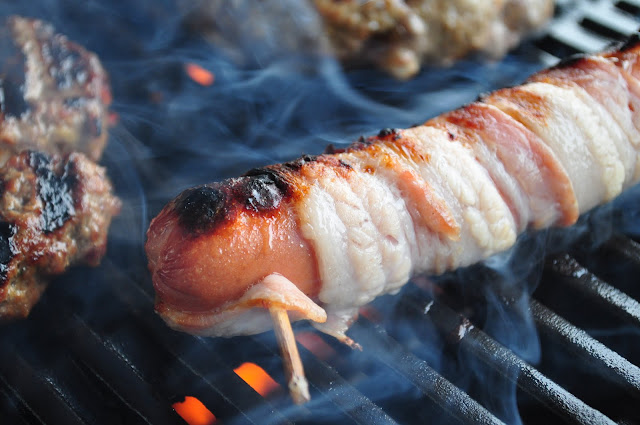 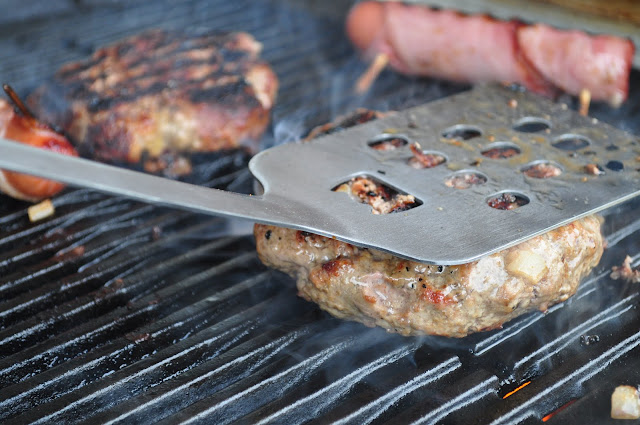 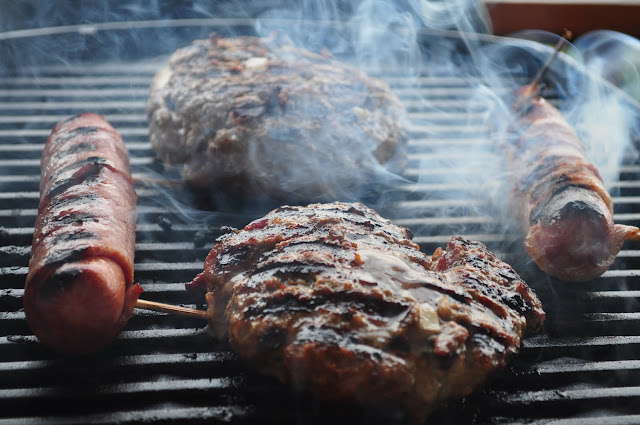 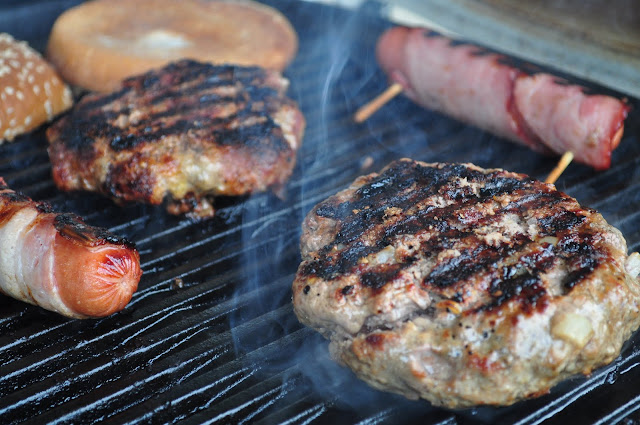 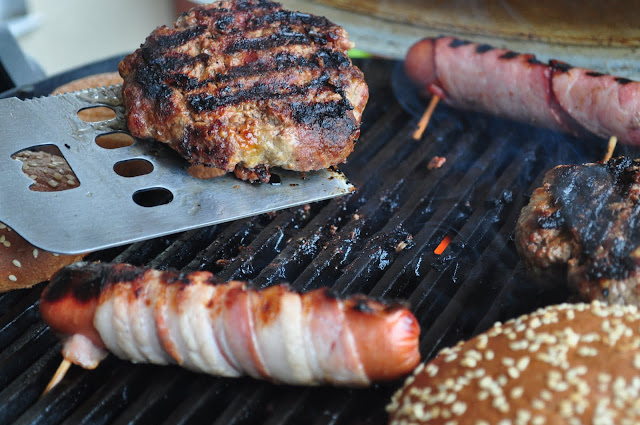 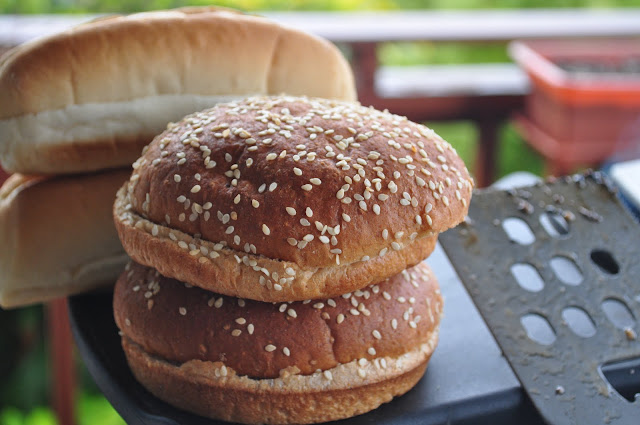 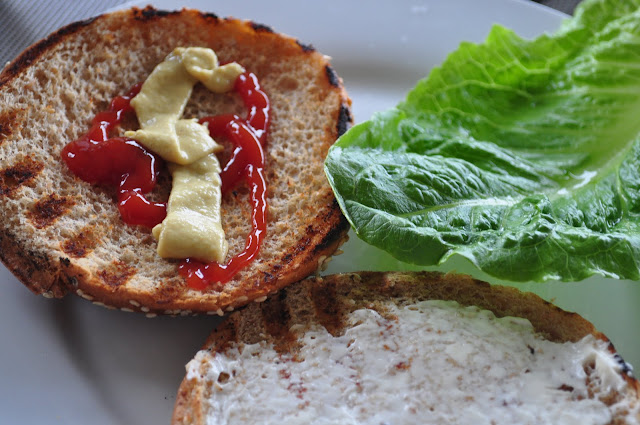 By far, this was one of the juiciest burgers I've ever had.  I'm willing to give credit to the ice water, and will definitely be trying that trick again. 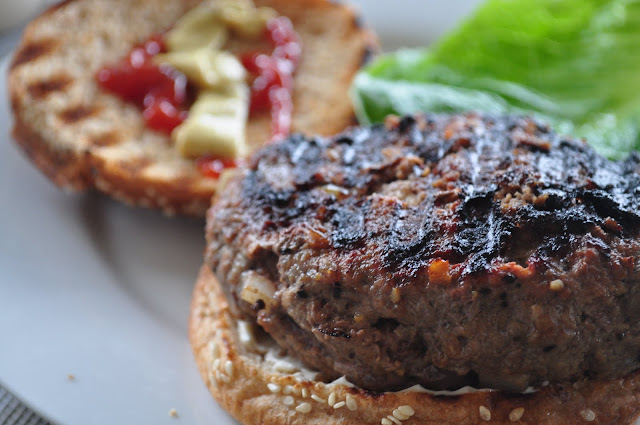 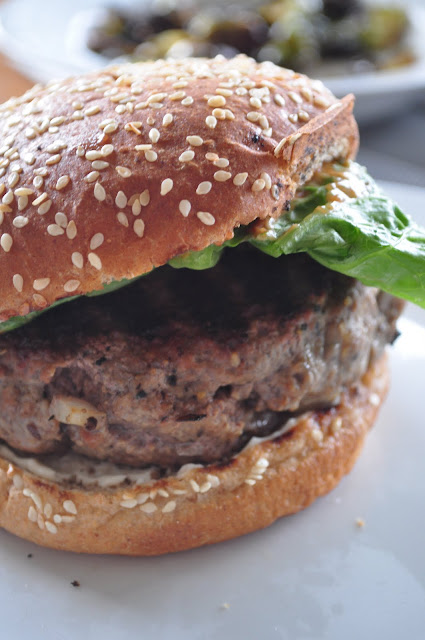 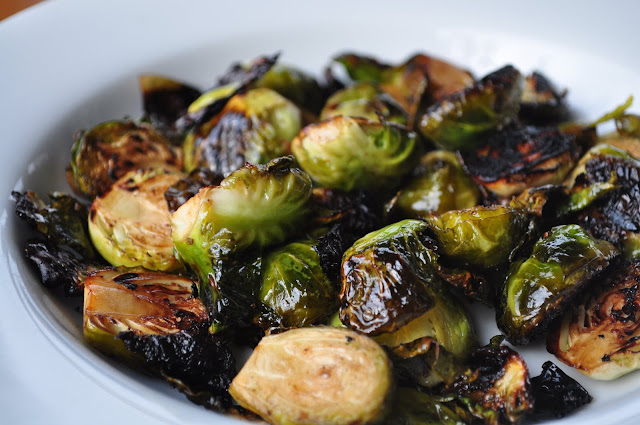 And the bacon wrapped hot dog?  Fabulous.  How is it possible that I didn't think of this trick earlier? 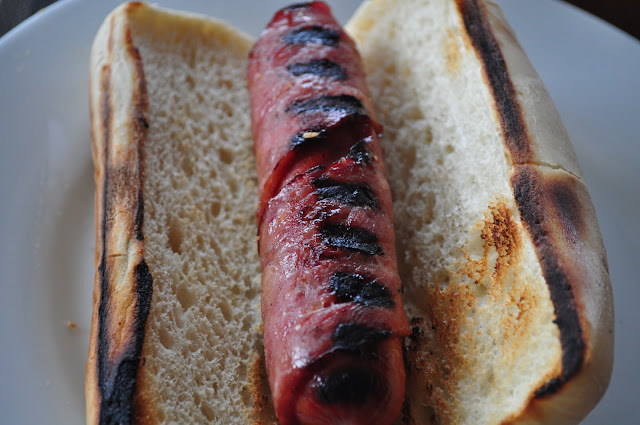 As soon as we were finished grilling, the rain stopped and the sun came out. 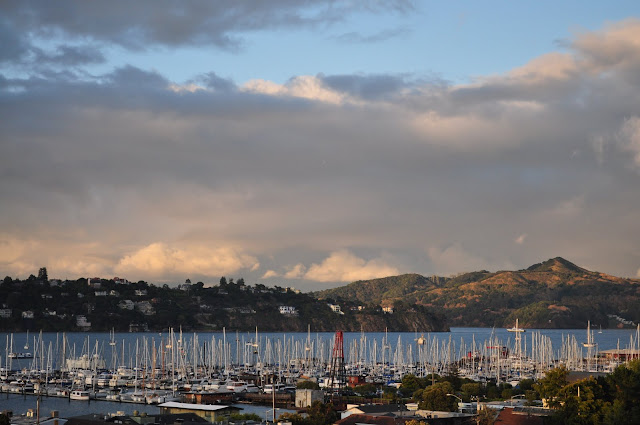 Maybe summer is here after all. 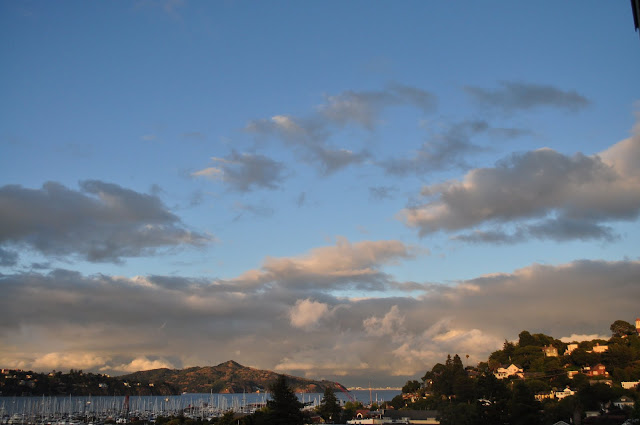