I love Italian food.  Basic simple ingredients combine to create dishes that taste way more complex than you'd think.  Perhaps it is the culinary example of the sum being greater than the parts.  Olive oil and garlic are the basis for any recipe.  Throw in some tomatoes, cheese, pasta and if you are feeling adventurous a little meat, and you can create endless meals.
One of my favorites is chicken parmesan, or chicken parmigiana as said in Italian.  I don't often cook meat, but when my meat-and-potatoes only boyfriend wanted to spend an evening in the kitchen with me, I knew the menu had to include some ingredients beyond my usual vegetarian supply. 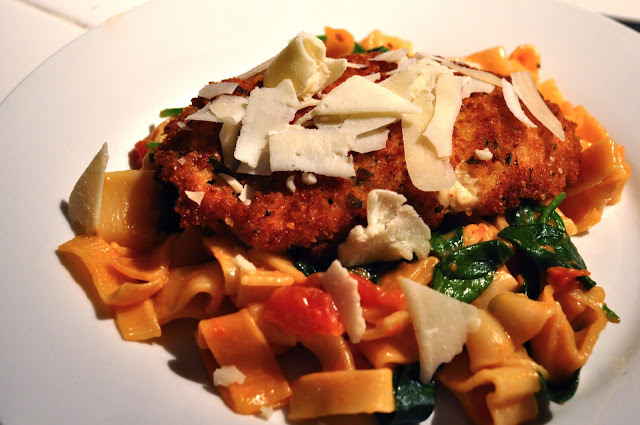 While it is agreed that the dish is from Southern Italy and originated as breaded eggplant layered in sauce and cheese, there is controversy as to where the name comes from.  One theory is that it is a tribute to the cheese, parmigiana reggiano, which is included in the recipe.  Another states that it comes from the Sicilian word parmiciana, which refers to overlapping slats of wood, as mimicked by the layering in the dish.  The recipe has evolved over the years, and variations using breaded veal, chicken and even pork have become popular in countries around the world.  Its certainly popular in my kitchen! 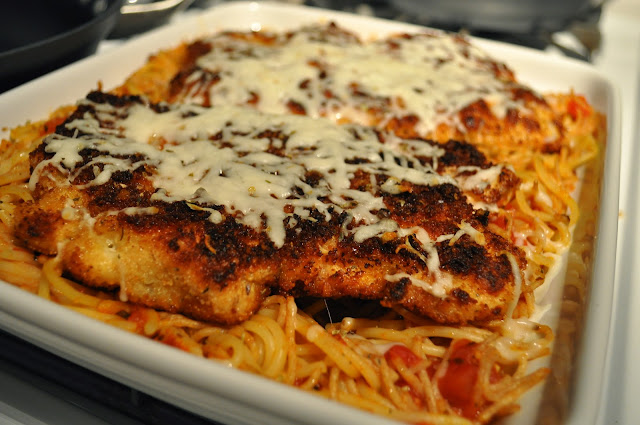 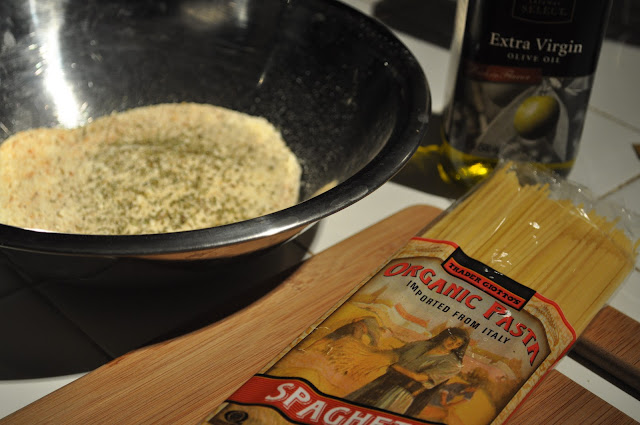 I prefer to make my own sauce.  Olive oil , garlic, tomatoes and basil.  That's it, that's all.  I prefer to use fresh tomatoes, but in a pinch canned will do as well. 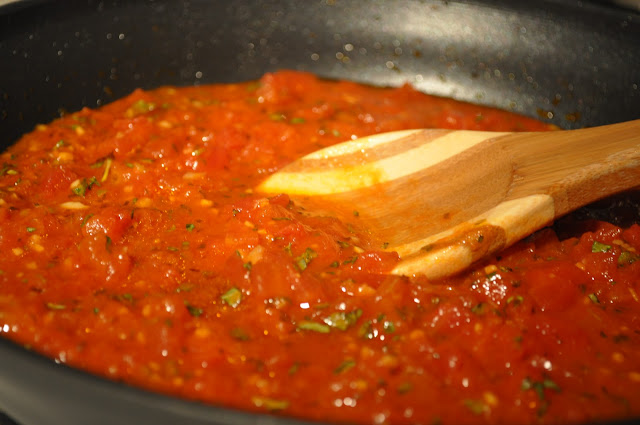 I like to toss the pasta with the sauce in the pan, and let it cook for a few minutes more.  Imagine my excitement when I saw a contestant on Top Chef (one of my favorite shows ever!) get criticized for failing to do just this!  Does that mean I'm ready to pack my knives and go?!? 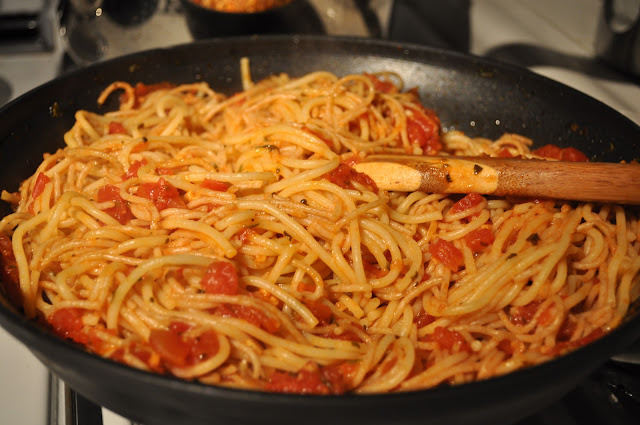 First we pounded the chicken to thin it out.  What a fun way to get your frustrations out!  I sandwiched the chicken breasts in saran wrap to confine the mess and make clean up a snap.  Next, we coated it flour, then in egg, and finally in seasoned bread crumbs. 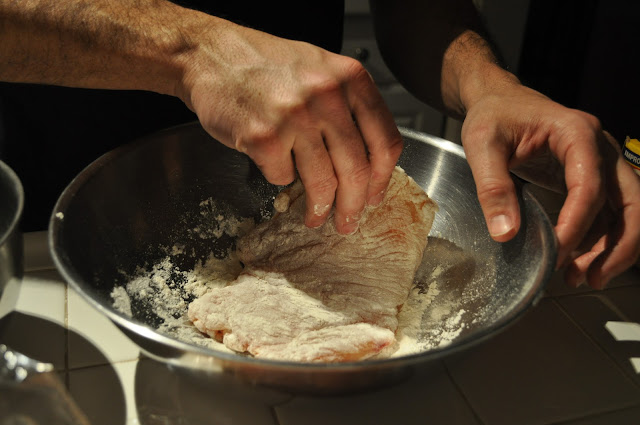 It doesn't take long to pan fry the chicken in a little olive oil. 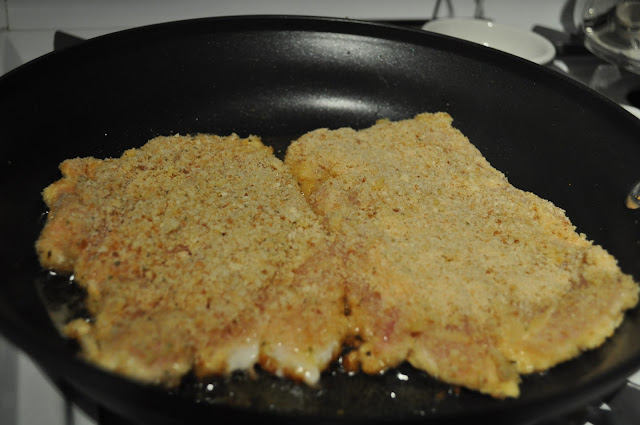 We layered the chicken on top of the pasta, then sprinkled with mozzarella cheese. 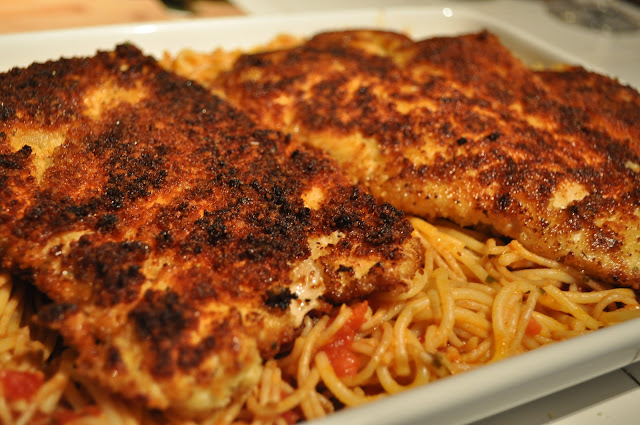 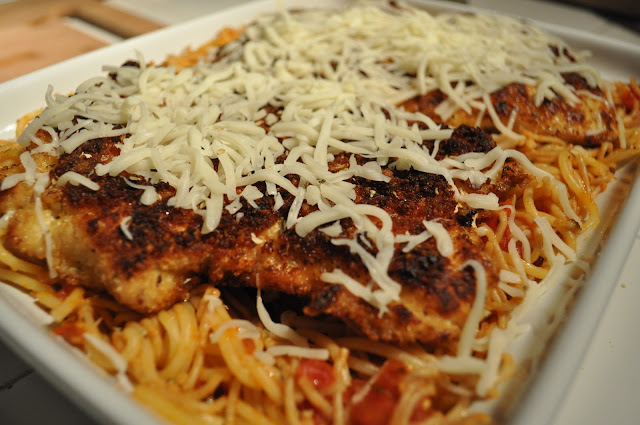 The finished product!  Don't worry, I didn't go without any green on my plate...I made broccoli on the side. 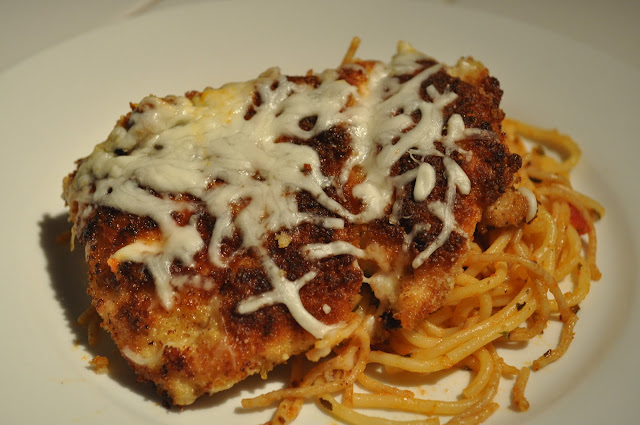 Since our first attempt was so successful, we made it again on Valentine's day.  I got a little carried away for the holiday (see my previous blog entry for evidence), and purchased some heart shaped pasta. 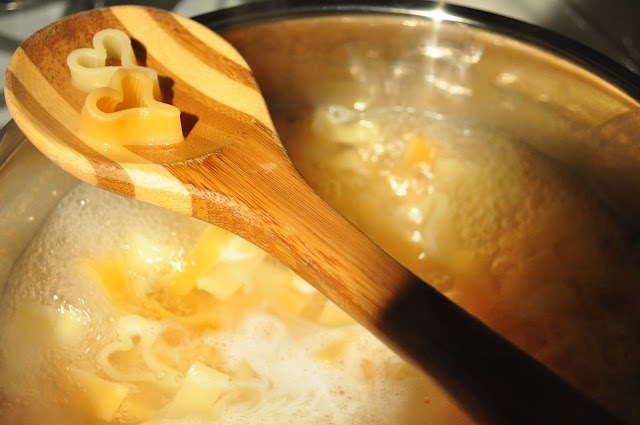 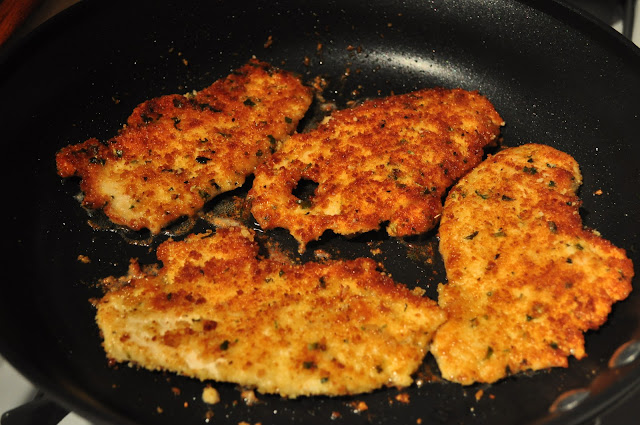 I tossed some fresh spinach in with the pasta to give it some extra texture, color, flavor and of course nutrients. 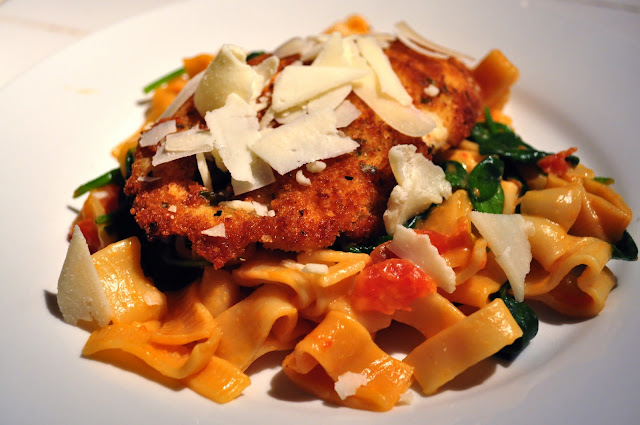 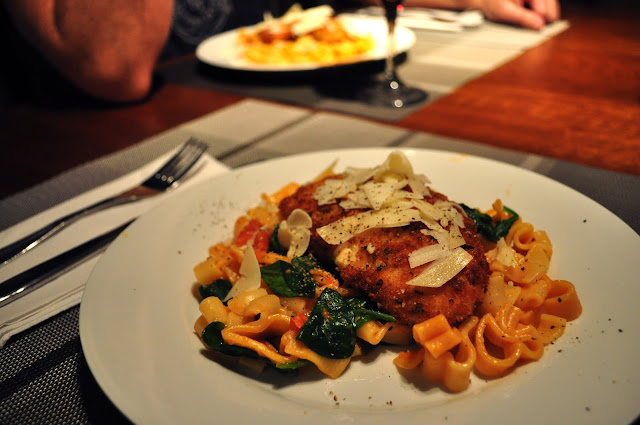